Whether reacting to an immediate attack, formulating a bug out plan, or putting together a long term sustainment plan, the thinking process is the same.

Defensive firearms instructors have been using the OODA loop as a training vehicle for a long time. So what is a OODA loop anyway, and how is it relevant to those preparing for emergencies? 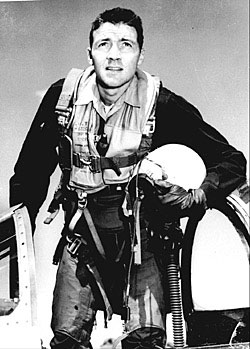 OODA stands for Observe, Orient, Decide, Act. It is basically the human thought process in regards to decision-making, either short-term or long. It was first systematically studied and the term coined by Air Force Col. John Boyd in the 1950s as a way to describe why some fighter pilots succeeded and some failed. During the Korean War, even though our F-86 Sabre Jet was inferior to the Russian supplied Mig-15, our pilots had a 10 to 1 kill ratio over the enemy. OODA is an explanation of how the human brain processes information and how people react to that information. First, you Observe something happening that concerns you, Second, you Orient to the situation based on factors such as long-term memory, training, past experiences, and your genetic heritage. At that point you come to a conclusion and Decide on a course of action. You then Act on the decision you made, and if the action is successful, you start getting ahead of the situation. If not, you begin the process all over. We all use the OODA loop perhaps thousands of time a day without being conscious of it.So how does this process work from a practical point of view and how does understanding it help us?

First of all, the concept of awareness is critical in successful OODA application. You first need to understand Cooper’s color codes of awareness. When someone initiates a violent attack against you they are in the Act portion of their OODA loop. If you had been practicing proper awareness and are in Yellow, you had some warning and should be in at least the Decide stage of your OODA loop. That still leaves you behind the curve though. So you have to do something to disrupt his OODA cycle. Because he is now committed to a course of action you throw him off by doing something he doesn’t expect. Something simple such as as sidestep which we call “Getting off of the X”, or tossing your keys at his face. You have now gotten inside his OODA loop and forced him to start over at the Observed point, while you should be in your Act phase. If you have ever seen a boxing match or a martial arts competition, you have seen two opponents rapidly going through their OODA loops trying to get inside the others. Eventually one does, his OODA speeds up and he dominates the other.

Lets look at how OODA would affect a bug out situation:

Observe: You have already observed a variety of possible scenarios that could cause you to have to evacuate your home. You have made a bug out plan, you have completed necessary training, and you have practiced your plan. Now you suddenly Observe one of the events that could require you to bug out happening.

Orient: You have put together a 72hr bug out bag for each member of your family and placed them in locations conveniet to grab at a moments notice. After Observing an event that could cause you to have to bug out, you Orient you family in a posture that would make bugging out rapidly efficient.

Act: You initiate your bug out plan by grabbing the BOB’s, loading up the vehicle and heading out toward a bug out location you had decided on using your primary route. While en route, you Observe that your primary route is blocked, you Orient yourself to the need to take a secondary route, you Decide which secondary route to take, and you Act on that decision by taking it.

You will notice that in the above scenario, there were at least three OODA loops interconnected: Before the act, during the act, and after the act. The purpose for understanding the OODA loop process is to allow you to minimize the amount of time it takes you to get from Observe to Act, and to rapidly start the process over again when the situation changes. The situation could change in such manners as an attacker trying to disrupt and get inside your OODA loop to a major disaster that has changed such as the direction of a storm, hurricane, or tornado or the dynamics of a SHTF situation.

The chart below was designed from Boyd’s writings to show the OODA loop flow. He felt that Orient was possibly the most critical step in the process because it relied on so many factors.

So what are some of the things we can do to increase our OODA loop flow time to survive an incident whether it is an immediate attacker, or a serious SHTF event?

Planning: Deciding beforehand what the potential threats are, your options depending on your individual situation, and what you need to do to be prepared are critical to reducing your OODA loop time. Being surprised either by an attacker or a SHTF situation puts you WAY behind someone or something else’s OODA loop. Having redundancy in both your planning and equipment is essential if the situation rapidly changes.

Training:  Whether it is with your firearms or other equipment,or the essential skills you need such as first aid or fire making, you need to be properly trained to where the skills are an integral part of your subconscious. Knowing what to do and how to do it may not be ( and usually are not) the same thing. Taking a CCW or Basic Rifle course does not make you proficient with defensive firearms. Having a survival manual and the best fire starter on the market does not mean you can actually start a fire in a blizzard or rain storm.

KISS: Many of us learned this from our fathers or a good Drill Sergeant. For those of you who may not of heard of it, it stands for Keep It Simple Stupid. We have found out that the more solutions to a problem an individual under stress is trained to choose from, the longer his OODA loop and the higher the likelihood of selecting the wrong choice. For example, when we teach malfunction clearing in defensive handgun training, we no longer teach the student a different drill depending on the type of malfunction. We simplified it to Tap, Rack, Press. If that doesn’t work, reload. We have simplified this to where, with repetitive practice, a student will do this instinctively without having to stop and begin the OODA process from the beginning.

Practice: You need to practice the techniques and skills you need on a frequent basis. Most skills are indeed perishable. So you have a bug out plan. Have you ever actually practiced it? Does everyone in your group know instinctively what their role is without having to ask endless questions? Have you ever timed it?

The ability to be aware enough to notice a problem (Observe), evaluate the problem effectively (Orient), Decide on a correct course of action, and Act on that decision in an effective and timely manner , and then cycle through the sequence again rapidly if necessary is what OODA is about. Understanding it and working with it could save your life.

This article is a rather simple over view of a very complex subject, but there is a tremendous amount of information on the web for those who wish further research.

If you enjoyed this article and actually got some use out of it, please click the “Vote for Me” icon at the top right of the page. Thanks!