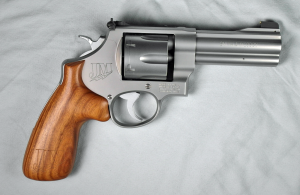 Many of my students are civilians who will take a CCW class to learn the law in regards to self defense, or a basic pistol class to enhance their marksmanship skills. Many of them are not involved in apprehending bad guys or offing terrorists for a living. When it comes to firearms selection they have many questions as to what the “best” handgun to use is.

The reality is that the “best” handgun to use to defend yourself is one that will go “bang” every time you pull the trigger. Beyond that, there are a number of practical considerations involved in selecting the right handgun. O.K. so which is better, revolver or semi auto?
Better for what? A firearm is a tool, and tools are selected to perform various functions based on the need. So what is your need?

Each of the above has different handgun needs. I will avoid talking about caliber and limit this to action types: revolver or semi-automatic. So which type of pistol do each of the above need? Let’s see, and answer why.

• Soldier: He needs a high capacity magazine semi-automatic pistol as he is in situations where he may face multiple armed aggressors at close range and his immediate need may revolve around the concept of “firepower”.
• Police Officer: For many of the same reasons as the soldier, he needs a high capacity magazine semi-auto pistol.
• Single mom (or other “average” civilian): It depends. Let’s consider some questions:
1. How much experience do you have with handguns?
2. How much time and effort are you going to invest in your defensive marksmanship training?
3. Are you actually going to carry this handgun around, or will it stay in your nightstand?
4. What is your hand size and level of strength?

Let’s look at some advantages of each action type: 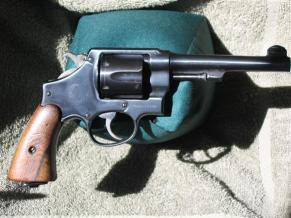 • Easier to learn to manipulate, because there is generally fewer functions than a typical semi-auto.
• Easier for weaker handed persons to operate as there is no slide to retract against a strong spring.
• More reliable and not as dependent on ammunition quality.
• Will function with wider variety of ammunition power levels, and is not dependent on the ammunition for reliable function.
• Typically more accurate out of the box (some will argue with this)

• Holds more rounds than a revolver. Normally a semi-auto magazine holds 8 to 15 rounds, but there are magazines capable of holding up to 33.
• Faster reloads from previously loaded magazines.
• Due to popularity, there is a wider choice of accessories such as holsters and lights available.
• Easy carrying of spare ammunition via preloaded magazines.
• Usually easier to conceal for a similar caliber gun due to thinner action than a normal revolver.

O.K. now that I have thoroughly confused you let me try to simplify this:
If you are a person with smaller or weaker hands, limited in either your budget or desire to frequently train, then there is absolutely nothing wrong with a quality double action revolver for self-defense.
If you are serious about spending the time effort and money to thoroughly train yourself in defensive handgun arts, then a quality semi-automatic handgun is what you want.
So, should it be a single action, double action, or safe action type of semi-auto?
That is the subject for another article.

15 thoughts on “Revolver vs. Automatic”