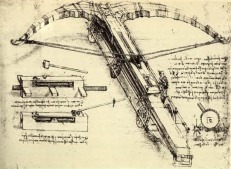 There has been new interest in the crossbow as a survival weapon, possibly from the character Daryl in the hit T.V. show The Walking Dead. The crossbow has been used as a military and hunting weapon since at least the 5th century in both Europe and Asia. It is still used as a specialty weapon in some armed forces today.  But does it have practical application to you as a survival weapon?

Crossbows are currently used by many military units for line throwing (crossing rivers, etc.) and even grapple hook line throwing (mine clearing operations). We discussed the possibilities of regular bows and slingshots in previous articles. So would a crossbow be a viable survival weapon to add to your kit? Lets look at the pros and cons.

Advantages of the Crossbow 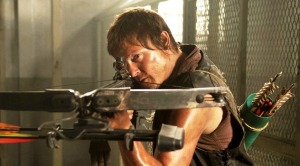 One of the objections to crossbows for survival is that they are bulky. This has been partially solved by takedown crossbows like the Avalanche Takedown Crossbow.

You can shoot a variety of arrows and bolts from a crossbow.

In that regards, it is very versatile. Practice and experience will determine what projectiles are right for your situation.

Is a crossbow right for your survival arsenal? That’s a decision only you can make. It has advantages and disadvantages. I recommend you find someone who has one, or an archery range that rents them, and try it out. And as always, do your research.