I have been away from the desk for some time now dealing with business issues, but it has given me the opportunity to draw some conclusions as I watched this pandemic go on.  There are some lessons to be learned. Just a few of my thoughts.

Experienced preppers saw this coming, but it is a good object lesson. If so many people began panic buying in a relatively mild SHTF scenario, imagine their mental mindset if a extremely serious crisis occurred. The run on toilet paper is a classic example. Totally illogical. This virus had nothing to do with needing more toilet paper. But when talk of quarantine began immediately, people panic bought what they though they might need quantities of. And it is a snowball effect. Enough people panic bought to clear the shelves, and then other people assume they need to panic buy the same items so as not to not be left out. On and on until serious shortages occurred. The same with firearms and ammunition. People who had never considered buying a firearm before suddenly went out and bought what was available, and cleared the shelves of ammunition, as well as reloading supplies. I was in my local Cabelas recently looking for reloading powder. One of the sales associates told me that they had people come in, grab whatever ammo was still available, and then asked if they had any firearms chambered for it.  The also had signs on the reloading bullet shelves stating “This is not loaded ammunition. These are only bullets”. ????????????????? Obviously a WHOLE lot of new buyers. A new breed of “Last minute preppers”.

The stay at home directives, especially the drastic and illogical ones in Blue states, has had a paralyzing effect on the economy. This is worldwide as most of you know. The tremendous loss of jobs created a three trillion dollar “stimulus” bailout. Where do you think this money is going to come from? Printing presses and borrowing. This is going to have a serious effect on the dollar with predictable consequences.  The loss of jobs has slowed down our supply train distribution creating shortages of essentials such as meat. Government over reach in many areas is starting to generate increasing push back from citizens  who are watching their businesses and lives being destroyed. Civil disobedience of government is growing, even with armed protestors showing up at state capitols. Churches are beginning to defy government “no assembly” rules increasingly.  With corresponding government push back. As the rules loosen in some areas of the country, if we have a spike in Covid-19 cases, expect government restrictions to increase, with increasing citizen push back. This can, and probably will lead to serious situations, primarily in Democrat controlled areas. At some point, people (at least a large number of them) are simply not going to stand for it any longer, and will prefer to take the risk of catching a virus with a 99% survival rate, to watching their lives dissapear.

I don’t have a crystal ball, but these are my conclusions. We are looking for increasing economic stressors going forward. Many of the unemployed will no longer have jobs to go back to.  Look for increasing calls for more government control , possibly including mandatory vaccinations. With corresponding citizen push back and increasing civil unrest. Shortages of essential items will increase with corresponding price increases. I’m not trying to be doom and gloom, but that is just how I see it.

Be prepared for the worst case scenario. GET OUT OF DEBT AS SOON AS POSSIBLE! Continue your preps based on your perception of the situation in your local area as well as world wide.  Form Mutual Assistance Groups with like minded citizens. Find alternative means of income, especially if you are currently unemployed and living on the $600.00 a week federal unemployment assistance which will run out at the end of July.  Mitch McConnell has stated that it will not be renewed. Educate yourself, and practice your prepper skills.  And have faith in God.

For a good read while you are spending all this time at home, try this. 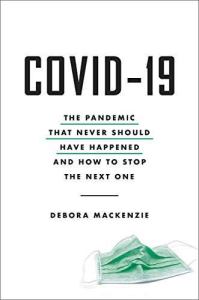 And finally, stay safe, trust in God, and never forget that self reliant people can always survive any challenge.